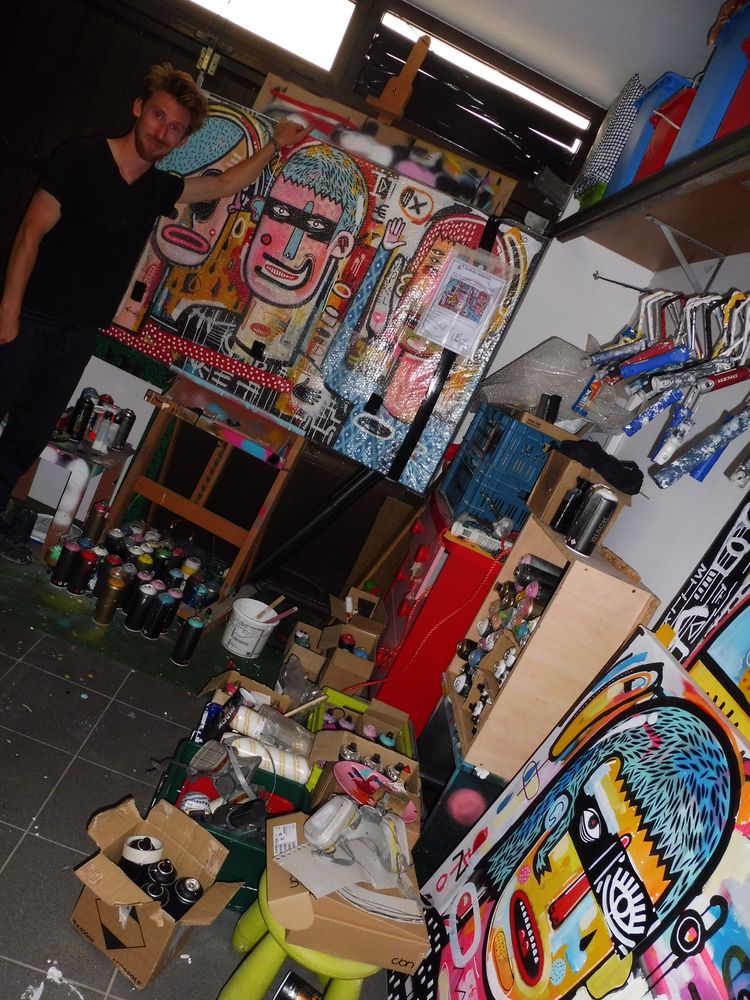 In the years that followed, he experimented with styles and was insipred by childlike spontaneity and street art. Eyes and teeth were the elements that gave shape to his characters. Painting became his main acitivity and his workplace, that he started to rent in 2010, became his second home. Life as an artist can be tough so Joachim decided to build his own canvases from quality materials he found on the street which later on became his trademark.

Some Key Dates:
2014: The Antwerp gallery Aim Space hosts his first solo exhibition, entitled Krank
2015/2016: He is involved in a group show in London entitled Underground organized by Graffiti Street, where he meets several world-famous street artists such as Pichi & Avo and BordaloII
2016: He curates the project Lier Up, inviting 11 wellknown artists, among them Bisser, 2Dirty, Niels Westergard and Bird, to give walls oh his home town a face lift and breathe some modernity into this picturesque little city.14 large scale unique murals ( designed to be permanent) are scattered across Lier, totally transforming the place.
2017: This spring, his work is being showcased in two solo shows: one in Knokke and another one in London. Joachim has been commissioned by the Italian fasion brand MOA ( Master of Arts) to create an exclusive motif of their shoes. 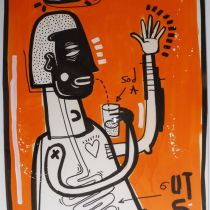 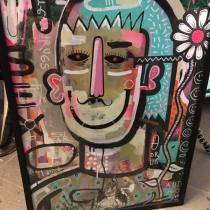 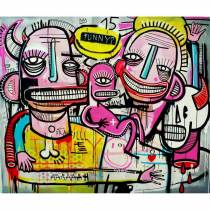 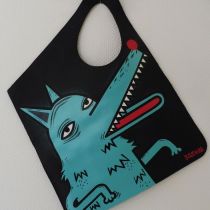