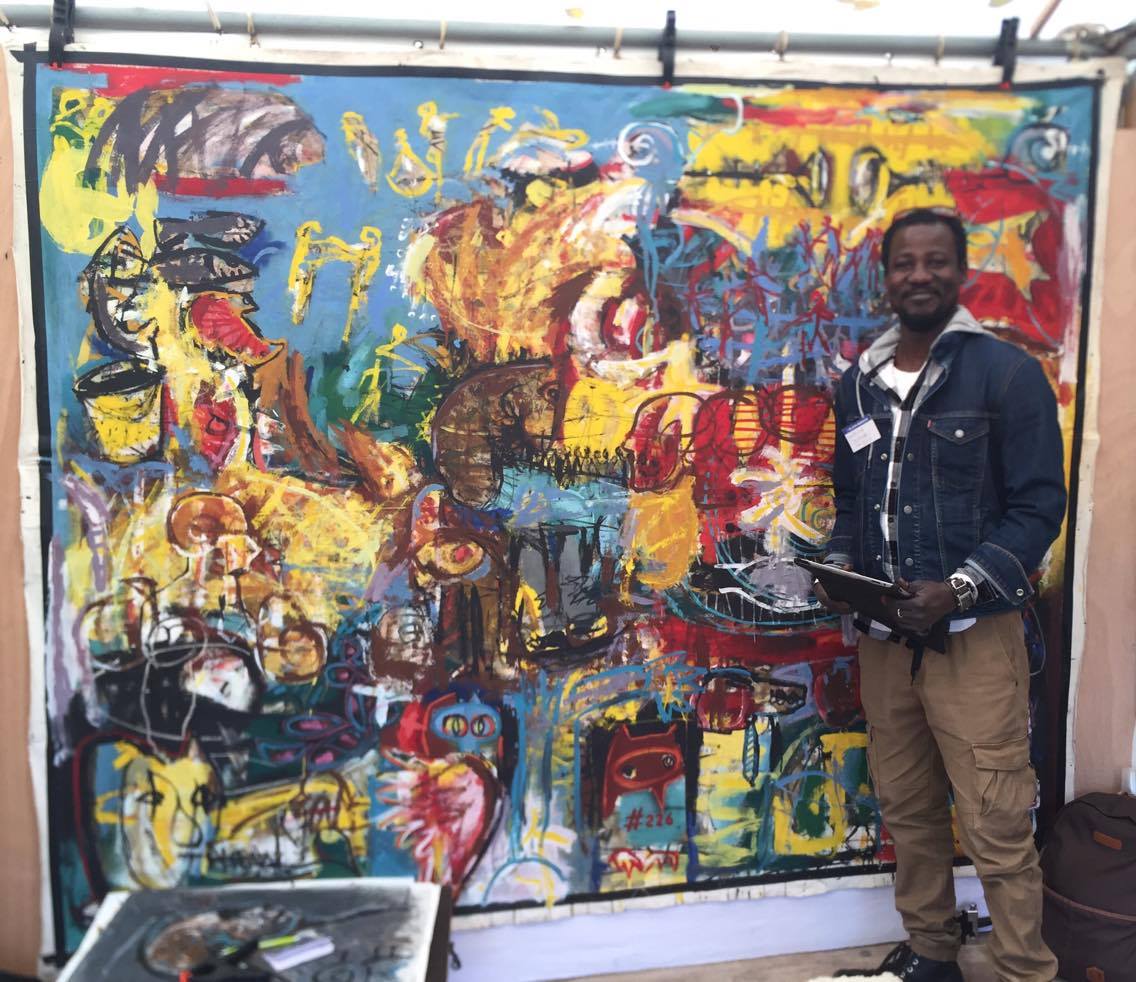 Harouna’s paintings play with layers in color, line and shadow. All his work has this quality to draw you in, to look deeper and as you do, to see what you hadn’t before – like the emoji faces reacting back at you.

Asked about the “emoji style,” he says, “I like to incorporate what’s going on around us, where, who we are right now.” So he follows the “smiles,” as he calls them. “Sometimes I start, then I leave it and work on something else. I come back and add more. I do that again and again until it is done.” Those who aren’t overnight talents can take heart hearing of Harouna’s artistic beginnings. “I couldn’t even draw.” He recounts how his elementary school was asked to participate in a creative contest. All but Harouna were encouraged to contribute. His face lights up, and he shakes his head vigorously, remembering how teachers and students alike dissuaded his participation. “But I just wanted to do something so bad.” Well, it was; horrible actually. And his class, teachers and judges let him know it.

When the chance came again a year later, he was determined to do better. “I worked really hard; I wanted do something different.” So different that he won. An art scholarship and a year’s worth of supplies set a hopeful launch to an uneasy artistic journey.

Just as “natural” talent set him apart, non-traditional training took Harouna further. As he talks of drawing portraits for tourists to make money, it becomes clear that his success is not unconnected to how he dealt with his conditions. “I only wanted to do this,” he says, noting his other classes suffered as he focused solely on art until, “At some point, my father couldn’t pay my school fees; we didn’t have the money.”To make money, he continued to draw and more, making postcards by hand, by the hundreds, in short turnaround for local merchants. He had to make several hundred batches in a day if he was to be paid. So how much did he make? “Nearly nothing. They took advantage, but it was something. And I learned.”

He learned supply and demand and furthered his art drawing, painting, even sculpting by the stacks, to sell for a pittance. He got better at the art, and gained some notoriety. But not until classically trained peers began to seek his help finding their own style did things pick up for Harouna. “I didn’t do like they taught us in school. People said my style was too different, wild.” Now the same people who once ridiculed him sought his assistance tapping their own sensibility. He recalls, “I didn’t think I knew anything. But I wanted them to see they don’t have to always follow rules, they can try and see what’s in their heart, and express that the best.”

Gallery’s showcases his work in Europe, as does the Nashville collective Nomad in the States. In between, he makes the rounds between Arizona, New Mexico and California to sell his work and connect with fellow artists. When he’s not doing that, he’s with family in France, or creating back home in Burkina Faso.  “I’m not rich. But I can go where I want, and do as I please. I wanted to see the world. I’m doing it. I meet people, I see new places and I get to do what I love for a living. 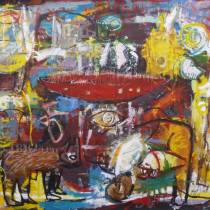 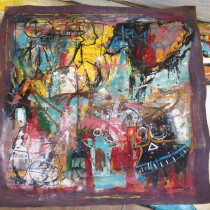 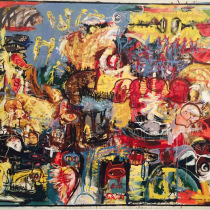