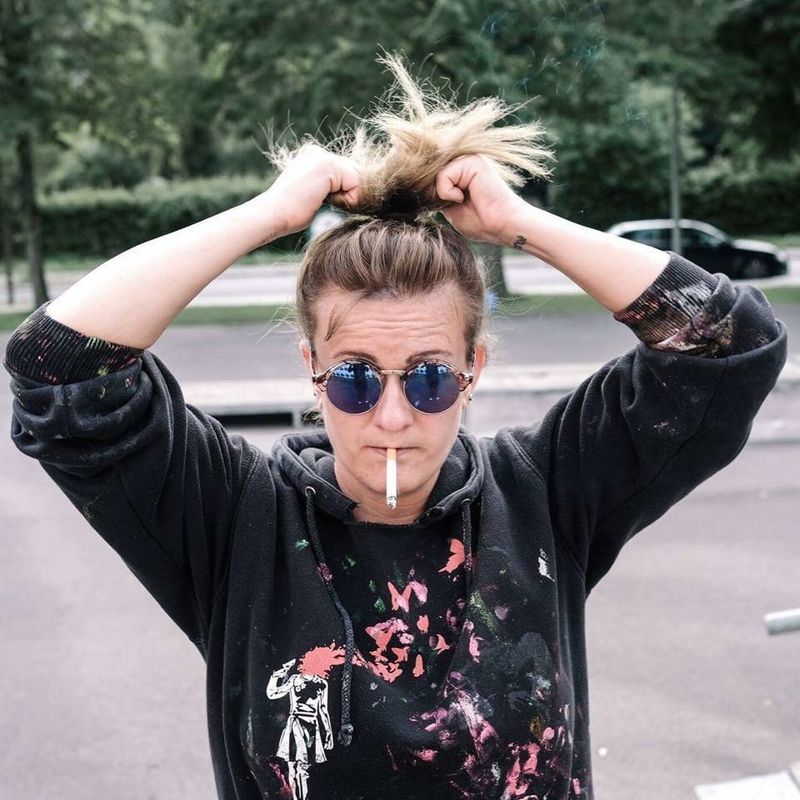 Her large-sized paintings appear as colourful and tempting as tasty sweets which the viewer would like to access and grab a piece of. Incredibly in taste and texture one must pay attention not to choke on the small delicacies offered in front of. The frightening reality behind the shining surface of Dahlem’s work is only revealed at second glance: guns, death’s-heads, skeletons and the always emerging grotesque motive of clown noses appear in her pictures.

The young artist distributes her sharp-outlined picture motives as snapshots above the canvases in order to let the intensive and urgent painting rise bit by bit. The exciting in Dahlem´s work is the picturesque aesthetics that bangs on the unconventional and droll picture topic. One would become concurrent in the favourite laughter and wines at the same time. Dahlem’s work impresses the viewer by the harmonious contrast of an unusual assembly of acrylic and graffiti colours with serious, social and socio-critical issues. The artist questions in her work not only her own existence, but above all, our all perception and our dealing with socially induced norms and values.

In Dahlem’s – characteristic and very individual painting style – a clear appeal to the colours of Pop Art in combination with a morbid breath of “Trash Art”- tattoo art is revealed. The – at first sight – innocently cheerful and colorful shining works of Chiara Dahlem leave no viewer untouched. 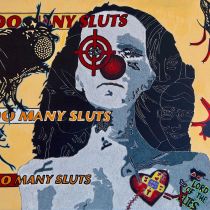 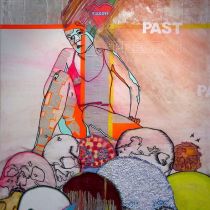 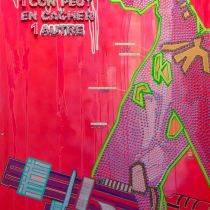